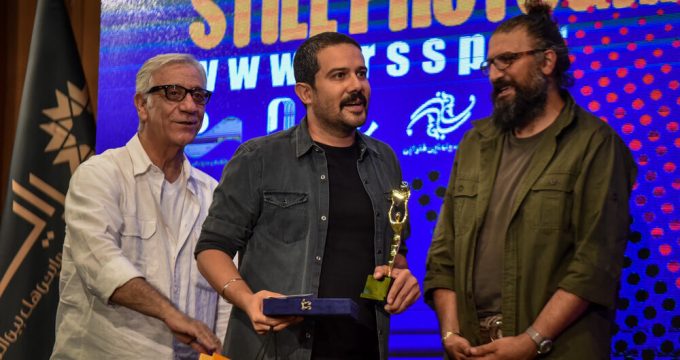 Tehran Times – Omid Salehi has been selected as Iran’s film photographer of the year for his collection of the highly acclaimed movie “When the Moon Was Full”.

He was awarded at the closing ceremony of the 5th Iranian Society of Still Photographers Celebration, which was held at the Rayzan International Conference Center in Tehran on Thursday.

Directed by Narges Abyar, “When the Moon Was Full” won Crystal Simorghs in six categories, including best film and best director, at the 37th Fajr Film Festival in February.

The film is about Abdul-Hamid Rigi, the younger brother of Abdul-Malik Rigi, the founder and leader of the Jundallah terrorist group in southeastern Iran, who marries Faezeh Mansuri, a woman from Tehran. He forces Faezeh to leave her homeland along with her brother to live in Pakistan where they find themselves involved in Jundallah terrorist activities.

The ceremony went on with honoring filmmaker Sirus Alvand with a lifetime achievement award for his special outlook towards film photography.

“We are here to be the voice of people and society and this instills in us great pride,” Alvand said in his acceptance speech.

Accepting his award, the 78-year-old photographer said that he had been active in cinema when he was only 14. “I must express thanks to the Iranian Society of Still Photographers that dedicated this award to me,” he added.

Photo: Omid Salehi (C) accepts the award for the film photographer of the year at the 5th Iranian Society of Still Photographers Celebration at the Rayzan International Conference Center in Tehran on August 15, 2019. (Mehr/Behnam Tofiqi)