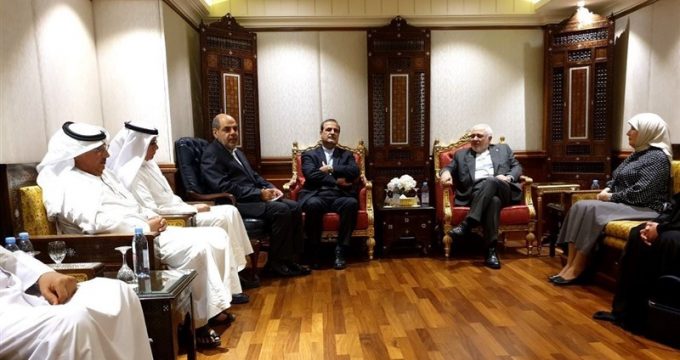 Tasnim – Iranian Foreign Minister Mohammad Javad Zarif held talks with the members of the Kuwait-Iran Friendship Association on a range of issues, including bilateral relations between Tehran and Kuwait City in diverse fields.

During the meeting, held in Kuwait City on Saturday night, Zarif and the members of the Kuwait-Iran Friendship Association hailed the bilateral ties as friendly and age-old and discussed ways to boost the relationship.

The two sides also held talks about the latest regional issues, including the situation of Palestinians as well as the US government’s economic terrorism against the Iranian nation.

Kuwait is a member of the (Persian) Gulf Cooperation Council that has excellent historical and developing relations with the Islamic Republic of Iran.

Tehran and Kuwait City have developed closer political relations in recent years, and have held several sessions of a Joint Political Committee.

In March 2018, Iran’s Foreign Ministry spokesperson hailed the positive remarks by deputy prime minister of Kuwait about the initiatives to ensure lasting relationship between Iran and the Persian Gulf states.