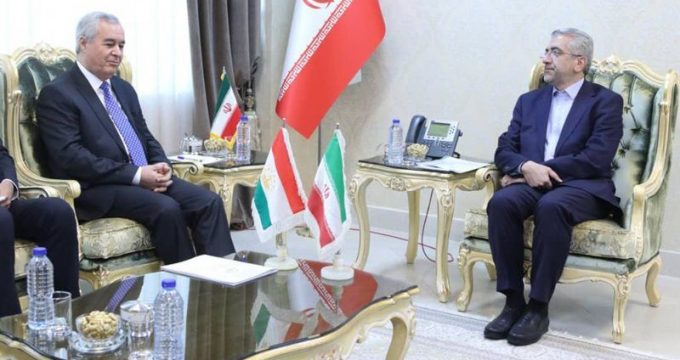 IRNA – Iran says barriers on path of development of bilateral ties between Iran and Tajikistan should be removed in a bid to pave the way for realization of bigger projects.

Iran and Tajikistan need to make every effort to eliminate barriers that have impeded larger bilateral cooperation between the two countries, said Iran’s Minister of Energy Reza Ardakanian in a meeting with Tajikistan’s Ambassador to Iran Zohidi Nizomiddin Shamsiddinzoda in Tehran on Tuesday.

Ardakanian mentioned that the Board of Governors of Regional Center on Urban Water Management (RCUWM) will be held on December 4-5.

“As Afghan and Uzbekistan water ministers will be present at the meeting, it’s good to hold a quadrilateral meeting with Iran and Tajikistan ministers as well,” he added.

The Tajik envoy stressed the political will to resume ties between the two Farsi-speaking nations that share common background.

He reiterated that barriers will be removed before the 13th Joint Economic Cooperation Commission between Iran and Tajikistan.