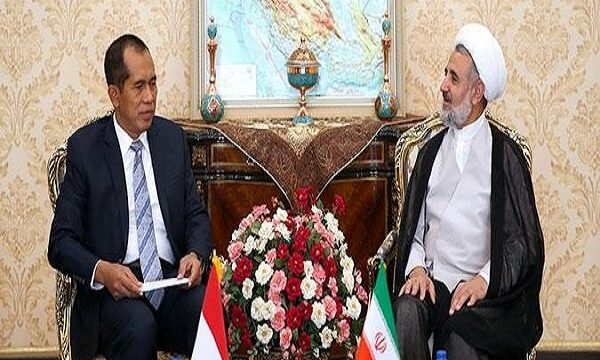 During the meeting, Zonnour stressed that the inefficiency of international organizations and the weakness of certain countries have allowed the US to make decisions for them.

“Independent countries, particularly the Muslim ones, need to unite and stop the US from interfering in their decisions and relations with other countries,” he stressed.

Zonnour went on to add that despite the US sanctions, Iran has managed to become self-sufficient in developing its own military equipment, such as submarines, missiles, tanks, helicopters and frigates.

He then voiced Iran’s readiness to expand cooperation with Indonesia in the sectors of energy, technical-engineering services, as well as security-defense and military.

The Indonesian parliamentary official, for his part, voiced regret over the US’ unilateral withdrawal from the Iran nuclear deal, known as the JCPOA, adding “Indonesia has always supported this international agreement, because it shows Iran’s compliance with it.”

“We hope that despite the US sanctions, the amicable ties between Iran and Indonesia will develop,” he added.