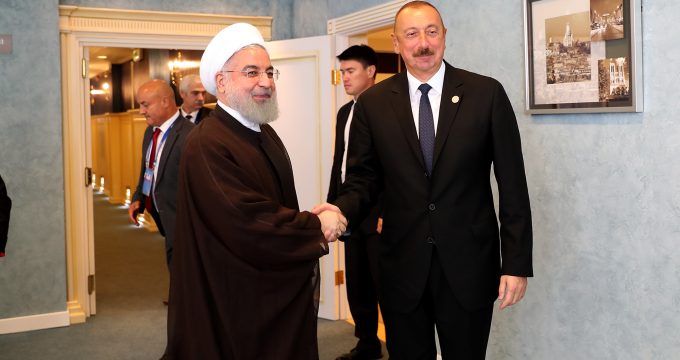 Tasnim – The presidents of Iran and the Republic of Azerbaijan called for promotion of cooperation between Tehran and Baku in various fields.

In a telephone conversation with his Azeri counterpart Ilham Aliyev on Tuesday, Iranian President Hassan Rouhani congratulated the Republic of Azerbaijan’s government and nation on Eid al-Adha.

Lauding the growing trend in mutual cooperation between Tehran and Baku, Rouhani stressed the need for boosting the “friendly and brotherly” relations between the two neighbors.

He also called for efforts to accelerate the implementation of bilateral agreements, adding, “The Republic of Azerbaijan has always been a friend and brother of Iran and such a friendship and fraternity between the two nations will definitely grow further.”

Aliyev, for his part, said the growing trend of bilateral relations is a result of constant efforts and cordial interaction between Tehran and Baku.

The Azeri leader also expressed hope for a meeting with Rouhani in the near future.

Aliyev has made several official visits to Tehran over the past few years.