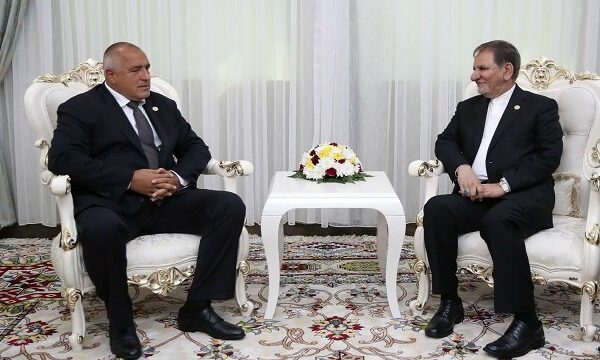 MNA – Senior Iranian and Bulgarian officials discussed on Monday the ways of boosting the level of economic cooperation between the two countries.

During the meeting, Jahangiri expressed Iran’s readiness to enhance ties with Sofia in a wide range of economic fields, especially in the transportation of goods and road transit.

Borissov, for his part, said the two countries share considerable capacities in expanding their all-out cooperation, highlighting that the already good relations between Tehran and Sofia will improve in the near future.