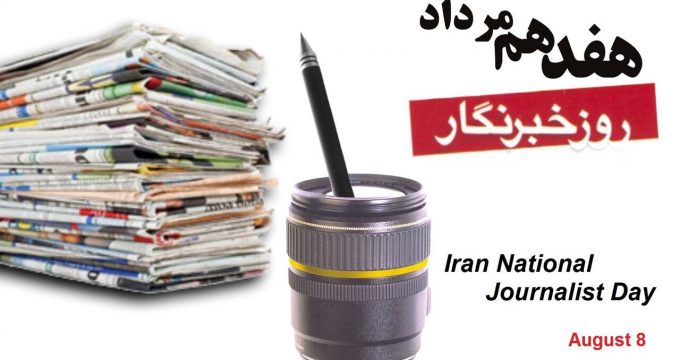 In a statement on the occasion of the national Reporters’ Day, IRGC said the works of Iranian media over the past four decades have played a major role in showcasing the country’s historic achievements and successes.

The unity, solidarity and wisdom of Iranian people that have stunned the world and prompted the international praise are largely resulted from the efforts of the journalists that have fulfilled their duties, the statement added.

The attractive images of the Iranian nation’s dignity and merits, progress and blooming of the nation despite all seductions and plots, and their achievements versus the proxy wars and terrorism over the recent decades all witness to the successful efforts of the Iranian media and their staff, it affirmed.

Referring to the US economic sanctions against Iran, the IRGC’s statement said that despite the fact that the enemies are sparing no means to exert maximum pressure on Iran through economic war and attacking IRGC, the Iranian media have managed to portray the unity of people in defense of national security and interests as well as their support of armed forces of Iran, particularly with regard to the downing of a US spy drone and seizing the lawbreaking UK tanker, to the world.

Twenty-one years ago today (August 8), a correspondent of the Islamic Republic News Agency (IRNA) in Afghanistan, was killed in Taliban’s attack on the Iranian consulate in Mazar Sharif. The day is dubbed as Iran’s Reporters’ Day to commemorate the journalist.