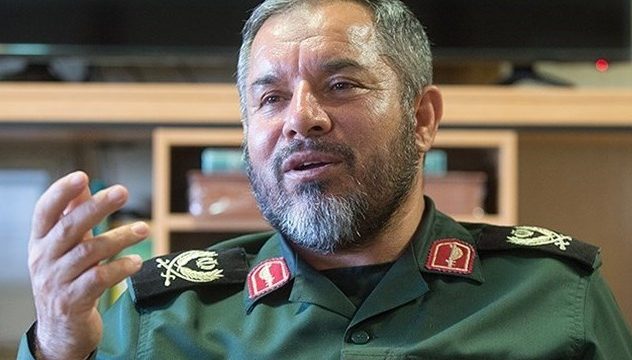 In an interview with Tasnim, the director of the Self-Sufficiency Jihad Organization of the IRGC Ground Force, m, highlighted the great headways that his forces have made in manufacturing a broad range of homegrown military equipment, including artillery ordnance, aerial refueling equipment, anti-armor weapons, various assault rifles, tanks and drones.

The IRGC Ground Force is working on various drone projects, the commander noted, saying the first unmanned aerial vehicle with both vertical and normal take-off and landing capabilities that has been produced by the organization will undergo a test in the Iranian calendar month of Mehr (September 23-October 22).

He added that the IRGC Ground Force has acquired the technology of active protection systems for tanks and that operational tests on the system has produced promising results.

The general further highlighted the “great achievements” in the sphere of jammers, saying that his forces have embarked on a “high-tech electronic warfare project” that will be unveiled later.

In February 2017, the IRGC Ground Force established an organization specializing in using drones in military operations.