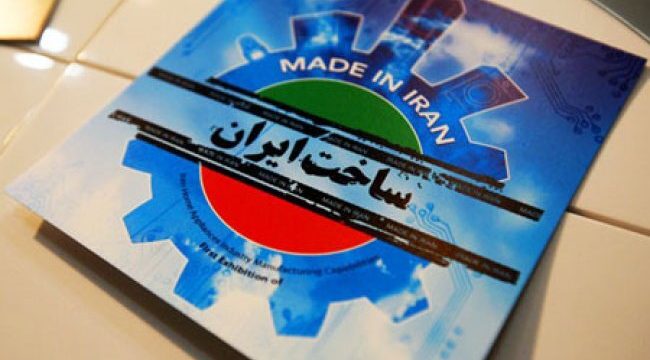 Tehran Times – During a ceremony organized by Iran’s Chamber of Cooperatives, a number of domestic units producing the goods, that their import has been banned in line with the country’s policy of achieving self-reliance to tackle the sanctions, were honored, Press TV reported on Thursday.

Those Iranian firms received government recognition for their efforts to create opportunities out of challenges caused by the unilateral U.S. sanctions on Iran.

The ceremony brought together science-based companies mostly active in civil engineering and construction-related industries to be recognized for their efforts in compensating for the adverse effects of the U.S. sanctions.

The current Iranian calendar year of 1398 (began on March 21) is named as the year of “Pickup in Production” by Leader of the Islamic Revolution Ayatollah Seyed Ali Khamenei.

The realization of this motto toward Iran’s self-reliance is in fact the only way to tackle the U.S. cruel sanctions on Iran’s economy.

To this end, Iranian government has put supporting domestic producers a top agenda in the current year.

Providing the required working capital for the production units and offering them facilities is one of the major measures being pursued by the government to support these units.

As previously announced by Deputy Industry Minister Mohsen Salehinia, during the current Iranian calendar year the government plans to provide facilities under the framework of subsidies for projects with more than 60 percent of physical development, to supply working capital of firms, to renovate production units and etc.

He said that 360 trillion rials (about $857.1 million) of facilities will be granted to the industrial units in this year in the framework of production flourishing plan.

Also, Abdolnaser Hemmati, the governor of the Central Bank of Iran (CBI), has specified providing of working capital for the production units as the major priority of the Iranian banks in the current year.

The minister said, “We have some plans for removing the problems of the units which are facing serious challenges.”

There are some units that enjoy high potential and capacities, but due to some problems such as inadequate working capital they cannot work with full capacity, Rahmani noted, adding, “Our priority in the current year is to facilitate the condition for such units.”

In addition to support the production units in different ways, the government is taking some other approaches to encourage domestic producers, for example through banning imports of some products into the country some competitive condition will be created for Iranian producers to produce new products and also promote the quality of their products.

While banning imports of foreign products, the government also is seriously following up the policy of supporting and publicizing domestically-made products.

All these supports and facilities as well as other related strategies provided for domestic production units are hopped to strengthen Iranian producers in a way to make the country more self-reliant and beat the sanctions.