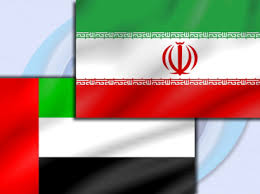 Bloomberg | Zainab Fattah: The sumptuous palace in Abu Dhabi was a world away from the shattered homeland he’d left behind. But as the former architect who was now prime minister of Yemen arrived in June for talks with a crucial ally, a more seismic jolt awaited.

Maeen Abdulmalik Saeed had come to the United Arab Emirates wanting cash to get his government through the next stage of its four-year war with Iran-backed rebels who control the Yemeni capital and swaths of territory. Instead, he was bluntly told that the U.A.E. would withdraw its troops from the conflict by the end of the year.

The premier tried to explain to the U.A.E.’s de facto leader, Crown Prince Mohammed bin Zayed Al Nahyan, that a pullout could swing Yemen’s balance of power in favor of Iran and threaten battlefield gains, according to a senior Yemeni official with knowledge of the meeting. But, he was told, the decision had been made.

The U.A.E.’s plan to scale back its role in Yemen is the clearest sign yet that it’s reevaluating its entanglement in Middle East conflicts against the backdrop of a U.S.-Iranian confrontation that has threatened to tip the Persian Gulf into a regional war.

The drawdown points to a clash deep inside the axis that President Donald Trump built to curb Iranian influence after he abandoned the 2015 nuclear deal: some smaller Gulf states may support Trump’s “maximum pressure” policy in theory, but their economies — and their security — are vulnerable to a prolonged standoff.

“Iranian tensions are making the Emiratis concerned that any clash could result in the triggering of a general conflict,” said Ryan Bohl, a Middle East analyst at Stratfor.

“An expatriate exodus could happen with few Iranian rockets,” he said. “The Europeans and Americans working there would be the first to flee and that would cripple financial services and real estate.” The U.A.E.’s economic model is based on foreign workers, who comprise more than 80% of the population.

On Tuesday, the U.A.E. sent a delegation of coast guard officials to Iran in the first such visit since 2013. The trip was evidence that the “U.A.E. continues to be one of the savviest foreign policy actors in the Middle East, hedging their foreign policy bets as necessary and willing to walk away from sunk costs,” said Emma Ashford, a research fellow at the Cato Institute.

The UAE continues to be one of the savviest foreign policy actors in the Middle East, hedging their foreign policy bets as necessary and willing to walk away from sunk costs. https://t.co/92mxiENRRm
— Emma Ashford (@EmmaMAshford) July 30, 2019

Attacks on tankers off the U.A.E. had earlier led Emirati officials to call for a rapid deescalation of the crisis. Significantly, they broke with the U.S. and Saudi Arabia in refusing to name Iran as the likely perpetrator of the attacks near the entrance to the Gulf, through which more than a third of the world’s seaborne oil moves. Tehran denies involvement.

The U.A.E. entered the Yemen war in 2015 alongside Saudi Arabia to restore an allied government ousted by the Iranian-backed Houthis, who come from Yemen’s north. An aerial bombardment that officials expected to secure victory within months became a quagmire that sucked in Emirati troops. Since then, 70,000 people have died due to fighting and most Yemenis don’t have enough food. The Houthis continue to send drones and missiles deep inside Saudi Arabia and have the potential to reach the U.A.E.

The stalemate is one example of the increasingly apparent limits to Sheikh Mohammed’s aggressive foreign policy, much of it carried out with his counterpart in Saudi Arabia, Mohammed bin Salman. There are others.

An assault on the Libyan capital by U.A.E.-backed commander Khalifa Haftar ground to a halt on the city’s outskirts. In Syria, military interventions by Russia and Iran enabled Bashar al-Assad to crush opposition forces supported by the Emiratis and other Gulf states. Now, some U.A.E. officials privately say it was a mistake for Arab countries to burn bridges with Assad, freezing him out of the Arab League and shutting communication channels, while Iran and its proxies built their influence.

“It’s in our interest to do whatever we can to support stability,” a senior U.A.E. official said in a recent briefing with reporters. “We’ve also taken a position that the nuts and bolts, whether they are in Yemen or Sudan or Libya are local issues” that need to be agreed by political factions, the official said.

The U.A.E. has been delivering the same message in private since tensions spiked after Trump tightened sanctions on Iranian oil exports in May, according to a Western official who spoke on condition of anonymity.

“It’s no doubt a very difficult decision for the U.A.E. to disengage from Yemen short of their objectives but also in a setting where it has the appearance of leaving the Saudis on their own,” said Barbara Leaf, U.S. ambassador to the U.A.E. until March 2018.

The U.A.E. supported the ouster of Egypt’s first democratically-elected president, Mohamed Mursi, and restoration of military-backed rule. Mursi, who died in June in a Cairo courtroom, was a member of the Muslim Brotherhood, a region-wide Islamist movement that’s outlawed and fiercely repressed in the U.A.E.

The Emiratis enthusiastically joined the Saudi-led embargo of Qatar, claiming the gas-rich state was too friendly to both the Brotherhood and to Iran.

Dubai, the U.A.E.’s business hub, has long been a conduit for trade with Iran. But Abu Dhabi, the political power center, considers the Islamic Republic’s revolutionary founding principles a mortal danger.

The U.A.E. hasn’t confirmed plans to pull troops out of Yemen but says it has begun to scale back its military presence in the strategic Red Sea port of Hodeidah, after extensive discussions with the Saudis, as part of the Stockholm peace process agreed in December. Its presence elsewhere in the country will “ebb and flow” depending on the situation, the senior U.A.E. official told reporters in the recent briefing.
The Front Lines in Yemen

Rebels still control the capital after four years of war

The strategic rethink took shape as the Yemen imbroglio, and the U.A.E.’s close ties to Riyadh, damaged its global standing.

Anger over the war and the murder of Saudi critic Jamal Khashoggi fueled bipartisan demands in the U.S. Congress for a ban on weapons shipments to both Gulf countries, a move Trump vetoed July 24. The European Union has called the humanitarian crisis in Yemen the world’s worst, and Germany imposed a ban on all arms deliveries to Saudi Arabia.

The U.A.E. remains aligned with the Saudis on overall strategy, but it is reordering its priorities amid the crisis over Iran.

In Yemen, the U.A.E. had for some time been supporting southern separatists in their bid to fully defeat the Houthis, while the Saudis backed Saeed’s government and focused more on securing the kingdom’s southern border.

Both countries “have been looking for an exit strategy out of Yemen, but one that preserves their respective interests,” said Firas Maksad, adjunct professor at George Washington University’s Elliott School for International Affairs and former executive director of The Arabia Foundation, a research center that was close to the Saudi Arabian government.

The Houthis’ stepped-up targeting of Saudi civilian infrastructure since late last year “has confirmed Saudi suspicions that the Houthis are behaving as a pressure tool for Iran in its ongoing confrontation with the U.S.,” he said.

Something had to give in the relationship, according to Leaf, the former ambassador.

“Nothing focuses the mind like the prospect of armed conflict,” she said. “Any sort of clash, however limited, between U.S. and Iranian forces would naturally put the U.A.E. along with Qatar and Bahrain in a very vulnerable setting.”