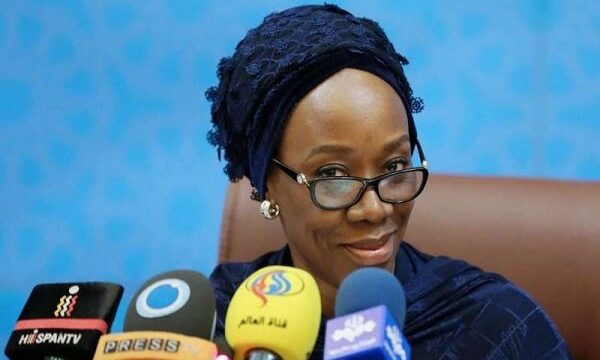 UN to pursue case of US medicine, food sanctions against Iran: envoy

MNA – United Nations Human Settlements Program Coordinator and (UNFPA) Resident envoy to Iran Ugochi Daniels said on Saturday that the international body will follow up the case of the imposed US sanctions on exports of medicine and food to Iran.

“UN will pursue the case via World Health Organization (WHO) and Food and Agriculture Organization (FAO),” she said in a meeting with the Head of Majles Research Center Kazem Jalali on Saturday.

She assessed Iran-UN cooperation at various sectors positive and fruitful.

Jalali, for his part, urged UN to take serious measures to confront the unilateral US-led sanctions imposed on Iranian sectors including food, medicine and aviation industry.

On July 22, and in a letter to UN’s special rapporteur on unilateral coercive measures, Head of Iran Medical Council Mohammadreza Zafarghandi underlined the harmful impacts of the US sanctions on the health status of Iranians, urging the international body to take an affiliated measure. Addressing the UN Rapporteur Idris Jazayeri in this letter, the Iranian official wrote that the US sanctions have remarkably restricted Iran’s banking and transportation ties with the world and in consequence imports of medicine and essential goods into the country. He noted that it is Iranians’ right to have access to medical products and essential goods and imposing any sanctions on such goods is a violation to the official statement of the UN. The Iranian official urged the international body to take a measure in this regard to prevent occurrence of a humanitarian catastrophe in Iran.

On November 10, 2018, Iranian President Hassan Rouhani underlined that the illegitimate sanctions reimposed by the US government negatively affect the life and living of Iranian people. Speaking after the meeting of the heads of the three branches, President Hassan Rouhani said, “the people of Iran acted exactly the opposite way and made it clear with their steadfastness that it is the government of the United States that is thinking about putting pressure on the Iranian nation.”