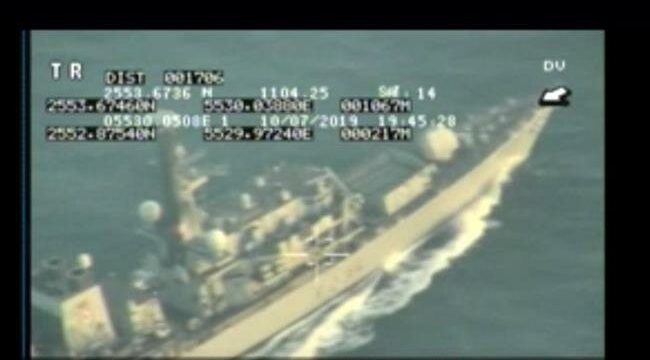 Press TV – Iran’s Islamic Revolutionary Guards Crops (IRGC) has for the first time released audio and video of its naval forces’ warnings to a British Royal Navy warship to stay out of their way, during an operation to seize a UK-flagged oil tanker for violating international laws in the Persian Gulf earlier this month.

In the brief audio clip, released Monday morning, British warship HMS Montrose (F-236) is heard declaring its position “in the vicinity of international waters” as it escorted the oil tanker Stena Impero.

The IRGC seized the British tanker near the Strait of Hormuz on July 19, after it tried to flee the scene of a major collision with an Iranian fishing boat.

“This is the IRGC Navy patrol boat, don’t put your life in danger” the Iranian operator is heard warning the British warship as it tries to prevent the tanker’s seizure.

“The tanker … is under my control,” the IRGC operator continues. “You are ordered to not interfere in my operation.”

The clip also features aerial footage from the standoff recorded by an Iranian surveillance drone flying over the area.