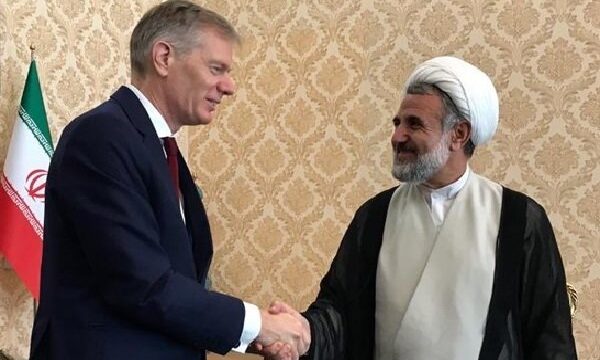 Tensions between Iran and UK erupted after British forces seized a tanker carrying Iranian oil in Gibraltar in mid-July. Tehran said UK’s act was ‘illegal’ and made upon US request which tries to drive Iran’s oil exports to zero. London claimed that the tanker was headed to Syria which is under EU sanctions but Iran says the tanker was not headed to Syria and that Iran is not an EU member and therefore not subjects to such embargos.

Some ten days later, a UK-flagged tanker was seized in the Strait of Hormuz by the Islamic Revolution Guards Corps (IRGC). Iran said the tanker had collided with an Iranian vessel and then turning off its GPS system, moving in the wrong direction and ignoring guard’s warnings before being seized.