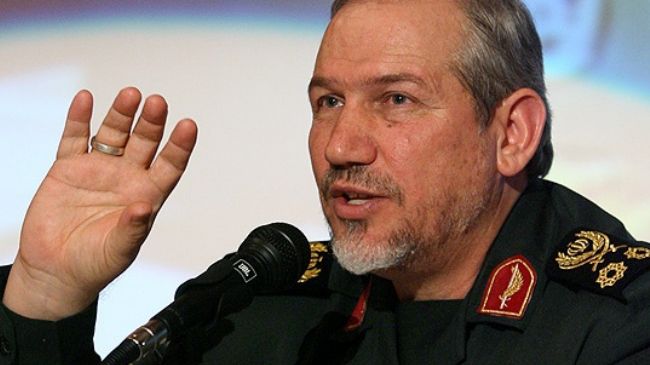 MNA – Top Military Aide to the Iranian Leader, Major General Yahya Rahim Safavi said that US forces have to leave the region in the wake of Iran’s high power in regional and international arena.

Speaking in a ceremony held on Thu. for the commemoration of Mersad Operations, he said, “31 years ago on this day, a great epic was created in the Strait of Hormuz. Mersad Operations was the last major military operation of the Iran–Iraq War, ending in a decisive victory for Iran. The operation involved a successful counterattack against a July 1988 military incursion from Iraq, by a military force of about 7,000 members of the Mujahadeen-e-Khalq (MEK) terrorist group.”

The power of Islamic Iran is on the verge of growth day by day in international arena, he said, adding, “on the contrary, power of the United States and Zionist regime is decreasing significantly.”

He once again reiterated that noble nation of Islamic Iran and Islamic Revolution are gaining more power, ranging from Pacific Ocean to Mediterranean Sea.