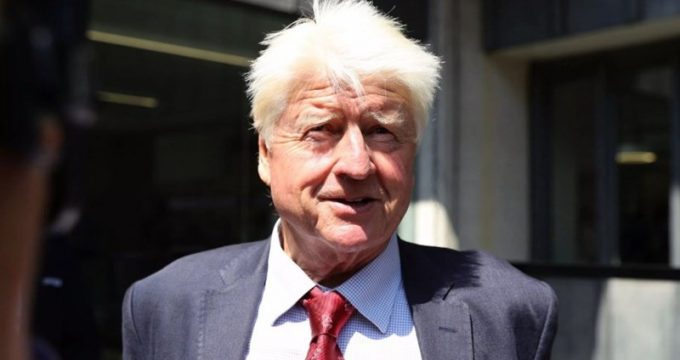 Tasnim – New UK Prime Minister Boris Johnson’s father said he is confident his son has what it takes to end the ongoing tensions between Iran and Britain amid the rows over the two counties impounding each other’s oil tankers.

Speaking to Press TV shortly after his son won the race for Britain’s new PM on Wednesday, Stanley Johnson said he was looking forward to seeing Boris “build bridges with Iran.”

“Boris is a man who has this great sense of history,” he said. “Iran to him means Darius, Xerexes. It means so much to him.”

“Iran means so much to him, so the chance to have long-standing relationship with a country with such a fantastic history,” he continued.

Asked what he thought he son would do to resolve the tanker standoff, Johnson remained optimistic and offered an amicable exchange.

“I think the best thing would be to say, look, we let your ship go you let our ship go… easy peasy,” he added.

Earlier this month, the UK seized Iranian tanker Grace 1 in Gibraltar on charges that it was carrying oil to Syria in breach of European Union sanctions against Damascus. Iran has denied the charges and called London’s move as “piracy.”

The standoff took a spin for the worse on July 19, when Iran seized British oil tanker “Stena Impero” after it collided with a small fishing boat and badly injured its crew — some of whom remain in critical condition.

Iran’s Islamic Revolution Guards Corps (IRGC) intervened and took the ship and its crew into custody when the British vessel ignored radio communications and tried to flee by turning off its transponder and changing course in the direction of incoming ships.

Johnson’s high confidence in his son trails Boris’ embarrassing run at the helm of the UK’s foreign policy, where the gaffe-prone former mayor of London time and again came under fire for making statements that wildly contradicted London’s official narrative.

The most outstanding blunder came when Johnson famously admitted that Nazanin Zaghari Ratcliffe, who is currently serving a five-year prison term in Iran for conspiracy, was doing exactly that when she was arrested and imprisoned in 2016.

This is while London was trying to make it look as if the Iranian-British dual national was in Iran to meet her relatives.

Johnson’s tenure as foreign secretary ended prematurely after him and former PM Theresa May fell apart on handling the country’s pending exit from the European Union.