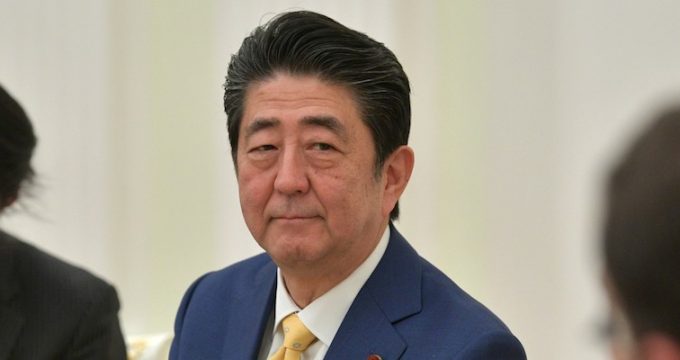 Japan to make every effort to reduce US-Iran tensions: Abe

MNA – Japan wants to make every effort to reduce tension between the United States and Iran before responding to an expected US request to send its navy to guard strategic waters off Iran, Prime Minister Shinzo Abe said on Monday.

Washington has developed a plan to create a military coalition under the pretext of safeguarding its interests in the Persian Gulf region after the attacks on two oil tankers near the Strait of Hormuz last month, which one of them operated by a Japanese shipping firm.

Japanese media have said a US proposal to boost surveillance of Middle East oil shipping lanes off Iran and Yemen could be on the agenda during this week’s visit by US National Security Adviser John Bolton, Reuters reported.

Abe said that before making a decision on joining the United States, Japan would like to fulfill what it sees as a unique role it has to play in reducing tension.

“We have a long tradition of friendship with Iran and I’ve met with its president any number of times, as well as other leaders,” Abe told a news conference a day after his coalition’s victory in an election for parliament’s upper house.

“Before we make any decisions on what to do, Japan would like to make every effort to reduce tensions between Iran and the United States.”

Japan needed to gather information on what the United States is thinking and what it hoped to accomplish, Abe said.

Last week, Japanese Defense Minister Takeshi Iwaya said he has “no plan” to send the Self-Defense Forces to the Middle East to join a so-called military coalition planned by the United States to safeguard commercial shipping in the region.

Japan’s Kyodo news agency cited Iwaya as saying that there have been no more similar attacks to those of the last month, and that threats against Japan in the area are deemed to be “in a temporary lull at present.”

Due to restrictions by its pacifist Constitution, the hurdle remains high for Japan to send troops to the region. The Strait of Hormuz is a key corridor through which major oil exports flow to the world.