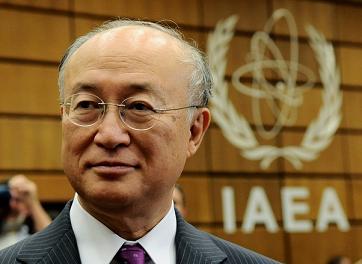 “The Secretariat of the International Atomic Energy Agency regrets to inform with deepest sadness of the passing away of Director General Yukiya Amano,” the IAEA secretariat said in a note to member states.

Last week, the agency said that Amano’s health problems had forced him to plan an early end to his term, which was originally set to expire in December 2021.

“The director general is in contact with members of the board of governors regarding his future plans,” the agency’s press office said in a statement then. “He will make a formal communication to the board at an appropriate time.”

Since it became clear that Amano would step down early, a race to succeed him began and currently, Argentina’s ambassador to the IAEA, Rafael Grossi, is running to succeed him. Also, diplomats say the agency’s chief coordinator Cornel Feruta of Romania may also run.

The long-time Japanese diplomat has been director-general of the IAEA since 2009 when he took over from Mohamed ElBaradei and began steering the international body that inspects Iran’s nuclear program.

Amano has, on several occasions, reaffirmed Iran’s compliance with its nuclear-related commitments under a 2015 deal, known as the Joint Comprehensive Plan of Action (JCPOA). US President Donald Trump, however, pulled his country out of the JCPOA in May 2018 and re-imposed harsh sanctions against the Islamic Republic in defiance of global criticisms.

Earlier this month, Amano missed a special meeting of the board the US requested to be held after Iran had initiated a set of countermeasures to retaliate against the US measures and prompt the other parties to do so.

The response has seen the country surpassing the 3.67-percent level on its uranium enrichment activities among other things.