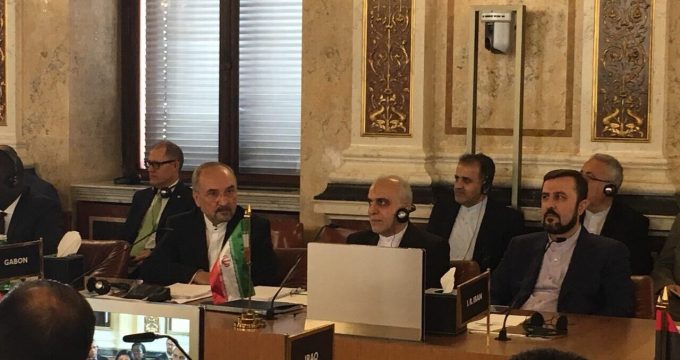 IRNA – Iranian Minister of Finance and Economic Affairs Farhad Dejpasand was elected as the chairman of the OPEC Fund International Development (OFID) in the 40th ministerial meeting of the international organization, said Iran’s Ambassador to London Kazem Gharibabadi.

The meeting started on Thursday morning in Vienna.

Dejpasand arrived in Vienna on Wednesday and is slated to meet with some Austrian officials, including the head of the Austrian Central Bank, and also the general manager of the United Nations Industrial Development Organization (UNIDO).

OFID was founded in 1976 by OPEC member states to help developing countries.

The organization’s revenue comes from OPEC members and the profits gained from numerous projects.