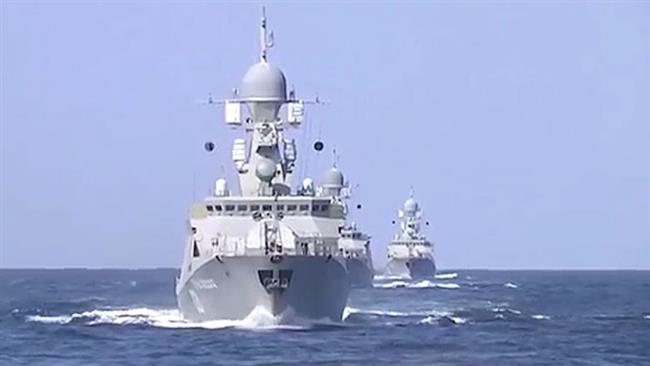 Press TV – The United Kingdom has announced that it will send a third warship to the Persian Gulf later this year, a move that comes amid intensifying tensions with Tehran over the illegal seizure of an Iranian oil tanker.

The British Ministry of Defense (MoD) said on Tuesday that HMS Kent, a type 23 frigate, would deploy to the Persian Gulf “in September” as part of an operation to ensure Britain maintains a continuous maritime security presence in the strategic region.

The MoD, however, stressed that the deployment was “long-planned” and not an escalation.

“These long-planned movements do not reflect an escalation in the UK posture in the region and are routine,” the MoD said.

According to the ministry, Type 23 frigate HMS Montrose is currently in the region but is due to undergo maintenance and crew change, with Type 45 destroyer HMS Duncan being en route to the Persian Gulf to take over.

Duncan is expected to arrive next week.

The deployments come after weeks of tension in the Persian Gulf which heightened further when Britain illegally seized Iranian oil tanker “Grace 1” off the coast of Gibraltar earlier this month on suspicion of carrying crude to Syria in breach of the European Union’s unilateral bans on the Arab state.

Reports, however, say the seizure took place at the request of the United States, which has been bent on driving Iranian oil exports to “zero” as part of its sanctions against the Islamic Republic.

The Islamic Republic condemned the illegal seizure as “maritime piracy” and summoned the British ambassador on three occasions to convey its protest at the confiscation.

Iran has called on Britain to immediately release its oil tanker.

Early on Tuesday, Leader of the Islamic Revolution Ayatollah Seyyed Ali Khamenei denounced Britain’s illegal seizure of the Iranian oil tanker, warning that the act of “piracy” will not go unanswered.

“The wicked Britain commits an act of maritime piracy and steals our ship,” said Ayatollah Khamenei. “They (the British) perpetrate a crime and make it look legal.”

“The Islamic Republic and faithful elements of the establishment will not leave this wickedness unanswered and will respond to it at an appropriate time and place,” the Leader added.

Several oil tankers were targeted near the Persian Gulf region last month, with Washington and its ally Saudi Arabia quickly blaming Iran for the attacks.

Tehran has rejected the accusations of its involvement as baseless, saying the incidents in the Sea of Oman appear to be false flags meant to frame the Islamic Republic.