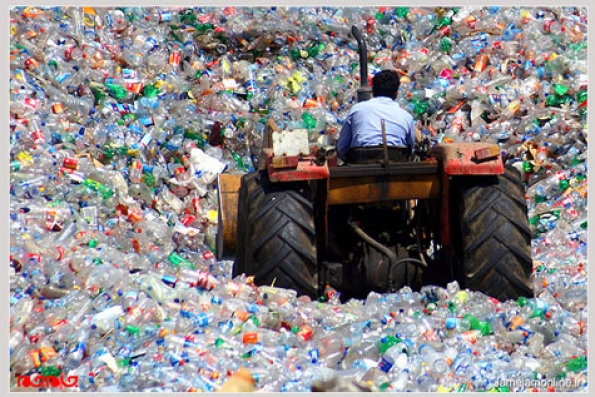 3,000 tons of plastic waste is produced daily in Iran’

Tehran Times – The use of plastic is on the rise among Iranians, as over 3,000 tons of plastic waste is generated per day in the country, the director of environment and sustainable development department of Tehran Municipality has said.

The consumption of plastics and its environmental consequences has become a global issue, hence the European Union, considering growing plastic pollution, has proposed a ban on the use of disposable plastics by 2025, he explained.

Alipour went on to explain that leaching of chemicals into environmental matrices, and entry into the food chain, risks of chronic exposure to plastics and their additives, increase of insects and pests, visual and air pollution caused by burning waste are among the environmental and health problems caused by plastic bags.

So, since the Iranian calendar year 1391 (March 2012- March 2013), Iran observes July 12 as plastic-bag-free day annually, on which several schemes and programs are carried out across the capital, aiming to raise awareness about plastic pollution which is negatively impacting daily lives.

Through which, NGOs and environmentalists distribute biodegradable bags at different locations, innovative educational and cultural programs on the benefits of using biodegradable plastic are held, he said, adding that providing solutions for cutting down on plastic consumption and holding workshops are other plans of this day.

In April, Kiyomars Kalantari, director general of Tehran province department of environment, said that everyday 8,000 tons of waste is being transferred to landfills in Tehran but not even 1 kilogram of it is recycled as waste segregation at source is not being practiced.

How plastic pollution affects the world

While plastic has many valuable uses, we have become over reliant on single-use or disposable plastic with severe environmental consequences. Around the world, 1 million plastic drinking bottles are purchased every minute. Every year we use up to 5 trillion disposable plastic bags. In total, 50 percent of the plastic we use is single use, according to World Environment website.

Nearly one third of the plastic packaging we use escapes collection systems, which means that it finally ends up clogging our city streets and polluting our natural environment.

Annually, up to 13 million tons of plastic leak into our oceans, where it smothers coral reefs and threatens vulnerable, precious marine wildlife. The plastic that ends up in the oceans can circle the Earth four times in a single year, and it can persist for up to 1,000 years before it fully disintegrates. It is also harmful to wildlife where nearly 100,000 marine animals killed by plastics each year.

Over 380 million tons of plastic is produced in the world each year; and half of all plastic manufactured becomes trash in less than a year.

Bring your own shopping bags to the supermarket, pressure food suppliers to use non-plastic packaging, refuse plastic cutlery, pick up any plastic you see the next time you go for a walk on the beach or forest, bring your own coffee mug to work, and most importantly pressure local authorities to improve how they manage the city’s waste.