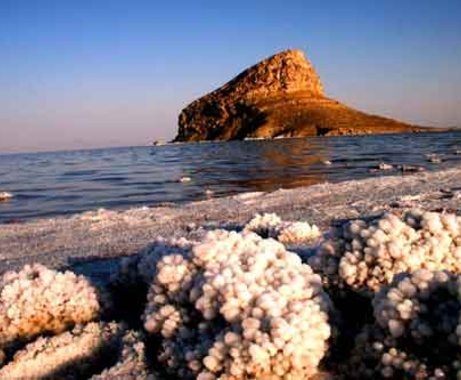 Two islands of Ashk and Kaboodan burdened the direct consequences of drying Lake Urmia, loosing many of their wildlife species, he regretted.

He went on to say that these islands were the main habitats for two herbivorous species of Persian fallow deer and Armenian mouflon, which have been endangered due to the lake’s improper conditions in recent years.

Expanding vegetation cover in the islands and the National Park of Lake Urmia and ecological conservation of the southeast side of the Lake are among the plans, he added.

The plans are being carried out in a collaborative initiative between the DOE’s natural environment and biodiversity directorate, the Lake Urmia conservation program and the West Azarbaijan department of environment, he concluded.

Shared between West Azarbaijan and East Azarbaijan provinces in northwestern Iran, Lake Urmia, was once the largest salt-water lake in the Middle East. It was a home to many migratory and indigenous animals including flamingos, pelicans, egrets and ducks and attracted hundreds of tourists every year who had bathed in the water to take advantage of the therapeutic properties of the lake.

However, decades of long-standing drought spells and elevated hot summer temperatures that speed up evaporation as well as increased water demands in agriculture sector shrank the lake drastically. In 1999 the volume of water which was at 30 billion cubic meters drastically decreased to half a billion cubic meters in 2013. Moreover, the lake surface area of 5,000 square kilometers in 1997 shrunk to one tenth of that to 500 square kilometers in 2013.

Kiumars Daneshjoo, CEO of West Azarbaijan regional water company, said in May that owing to the substantial precipitations received in the lake catchment area since the beginning of the current year (March 21) some 1.5 billion cubic meters of water has been released to the lake and now the volume of water at “the turquoise solitaire of Azarbaijan” has increased by almost 3 billion cubic meters compared to the same period last year. Additionally, water is now covering some 3,200 square kilometers of the lakebed.

Lake Urmia had approximately 102 islands; Shahi island was historically the lake’s largest. However, it became a peninsula connected to the eastern shore when the lake level dropped. Some of the islands have a rich ecosystem due to being out of reach.