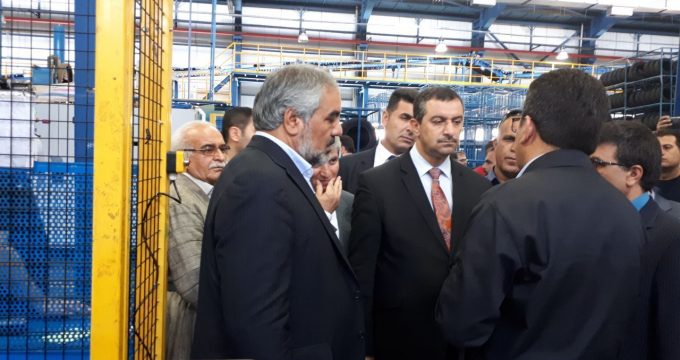 The Iraqi team accompanied by governor general of Sulaymaniyah was also briefed on the capabilities of these units during the visit.

Kordestan Governor General Bahman Moradnia told the reporters on the sidelines of the visit that the province boasts of untapped investment opportunities in various sectors, including agriculture.

Existence of huge amount of water and the joint border with KRG provide best potentials for the investors in various sectors, he said.

Moradnia called on the investors to seize the opportunities across the province, as all the institutes are ready for cooperation and banks will also pay facilities for them.

Governor General of Sulaymaniyah Haval Abubakr, for his part, said that efforts are underway to accelerate implementation of the agreements signed between Kordestan and Sulaymaniya.

“We will use technical and engineering capacities of the production units we toured for the establishment of industrial factories in Sulaymaniya,” he said.

Haval Abubakr arrived in Sanandaj two days ago to take part in the Congress on Kurd Luminaries.