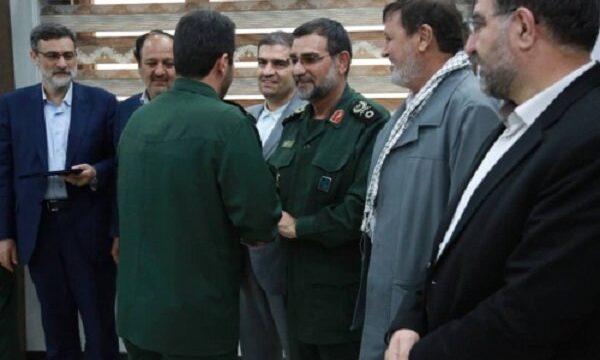 MNA – The Islamic Revolutionary Guards Corps (IRGC) on Thursday honored the force’s Aerospace personnel who shut down an advanced US spy drone last month after it violated the Iranian airspace.

In a ceremony held in the southern city of Bandar Abbas with the attendance of senior IRGC commanders and a number of visiting parliamentarians, IRGC honored the members of the air defense unit that downed the trespassing US drone in the Persian Gulf on June 20.

During the ceremony, IRGC Navy Commander Rear Admiral Alireza Tangsiri hailed the forces’ vigor and tactfulness, asserting that any hostile move by the enemy will be responded firmly.

Referring to the concurrence of Washington’s violation of the Iranian territory and the anniversary of the US move to shoot down an Iranian civilian airliner in 1988, which killed 290 people on board, the IRGC Navy chief said, this is another evidence of the United States’ crimes and disrespect to the international laws.

In comments made a few hours after the incident, IRGC Commander Major General Hossein Salami said the shooting down of the US aircraft had a straightforward message that any foreign intrusion into Iran’s sovereign territories would draw a crushing response.

“The downing of the US drone had an explicit, decisive and clear message that defenders of the Islamic Iran’s borders will show decisive reactions to aggression against this territory by any alien,” he said.

“Borders are our red line, and any enemy violating these borders will not go back,” the commander underlined.