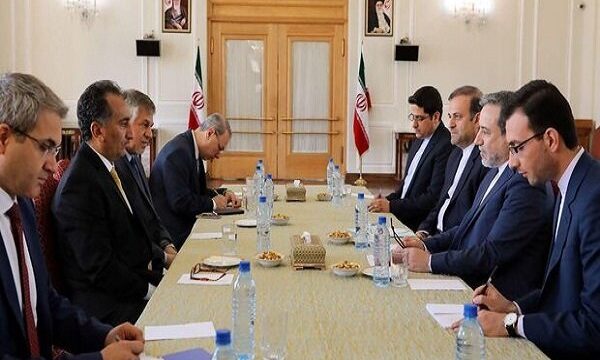 Iran to stand firmly against US bullying measures

He pointed to the US economic war waged against the Islamic Republic of Iran and said, “US moves are the origin of rising of tensions in the region.”

Araghchi made the remarks in his meeting with visiting Iraqi Deputy Foreign Minister Nizar Khairullah late on Wednesday.

The two sides exchanged their views on different issues and emphasized the need to launch consecutive talks between Iran and Iraq in the current situation of the region.

In this meeting, Iranian Deputy Foreign Minister Araghchi expressed his special thanks to Iraq’s constructive outlook in supporting positions of the Islamic Republic of Iran.

He once again pointed to US full-fledged economic war waged against Iran and said, “Iran will resist against US bullying measures firmly.”