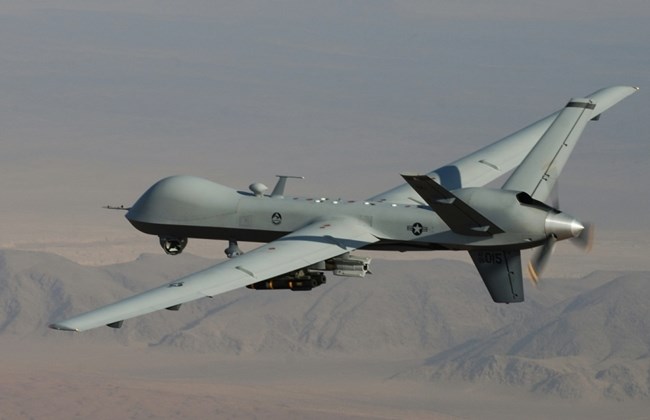 Trump: Iran ‘very wise’ not to shoot down manned plane

The Hill – President Trump said Saturday Iran was “very wise” not to shoot down a manned plane when it decided to down an unmanned U.S. surveillance drone.

“There was a plane with 38 people yesterday, did you see that? I think that’s a big story. They had it in their sights and they didn’t shoot it down. I think they were very wise not to do that. And we appreciate that they didn’t do that. I think that was a very wise decision,” Trump told reporters Saturday.

The Associated Press reported Friday that an Iranian Revolutionary Guard general said a manned U.S. spy plane was near the surveillance drone it shot down but that Tehran chose not to target it.

The shooting down of the drone this week inched the U.S. and Iran closer to war. Trump had authorized retaliatory military strikes but pulled back after learning that as many as 150 Iranians could be killed.

“Anything is a lot when they shoot down an unmanned” vehicle, Trump told reporters Saturday about the possible casualties from the aborted strike.

Tensions have risen between the U.S. and Iran in recent weeks after Washington accused Tehran of bombing two oil tankers in the Gulf of Oman.

The U.S. responded by announcing the deployment of 1,000 additional troops, which was followed up by an Iranian threat to surpass the limit on its uranium enrichment imposed by an Obama-era nuclear pact.

The president said existing sanctions have already taken their toll on the Iranian economy and that more would soon be implemented to try to force Tehran to the negotiating table.

“Iran right now is an economic mess. They’re going through hell. The sanctions have hit them hard. More sanctions are going to be put on, a lot more,” Trump said. “All I want is no nuclear weapons…We could have a deal with them very quickly if they wanted to. It’s up to them.”

Donald Trump, Iran-US tensions, US spy drone June 22, 2019
Firing a single bullet at Iran to burn up interests of US, allies
Iran ranks 3rd at AFC U-20 Futsal Championship