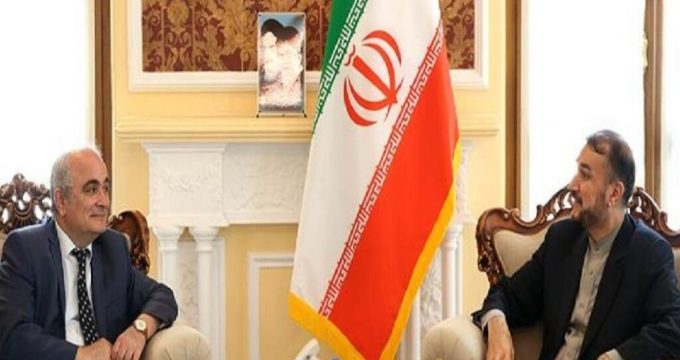 IRNA – A senior foreign policy advisor to the Iranian parliament speaker said on Thursday that Russia as a strategic partner, calling for enhanced ties with Moscow.

There are strategic relations between Iran and Russia and the two countries can play an important role in establishment of security and stability in the region, Hossein Amir Abdollahian said.

He made the remarks in a meeting with Russian Ambassador to Iran Levan Jagarian.

The Iranian official referred to the EU inaction towards the US re-imposition of sanctions on Iran, urging them to take practical steps to save the Iranian nuclear deal, known also as the Joint Comprehensive Plan of Action (JCPOA).

In the meantime, the Russian envoy for his part expressed pleasure with the level of relations with Iran and noted that Moscow is keen to develop ties with Tehran.

He described the situation in Syria as good, urging all sides to focus on reconstruction of the country and settlement of disputes through political means, as well as setting up the Constituent Assembly to draw up the Constitution of Syria.