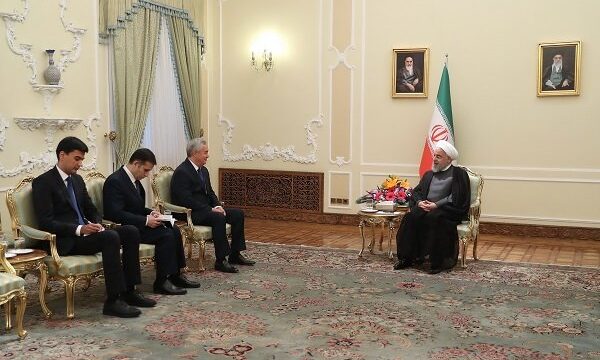 Tehran ready to cement ties with Dushanbe in all fields: Rouhani

MNA – Iranian President Hassan Rouhani said that Tehran is ready to develop its relations with Dushanbe in all fields of mutual interest.

He made the remarks in a Monday meeting with the new Ambassador of Tajikistan to Tehran Nizomoddin Zohidi after receiving his credentials.

President underscored the common historical, linguistic, cultural and religious roots of the Iranian and Tajik nations, stressing, “relations between the two countries are rooted in the culture and literature of the two nations,” official website of Iranian Presidency reported.

“Relations between the two countries should deepen to serve both nations as a basis for further development of relations.”

“The Islamic Republic of Iran welcomes the promotion of cooperation with the government of Tajikistan in all economic, cultural and international fields, considering these ties beneficial for both nations and the region,” said Rouhani.

“The Islamic Republic of Iran welcomes the promotion of cooperation with Tajikistan in agriculture, energy, arts, culture, academia, and technology,” he said.

He also appreciated Tajikistan’s hosting of the Conference on Interaction and Confidence-Building Measures in Asia (CICA).

Hassan Rouhani, Iran-Tajikistan relations, Nizomoddin Zohidi June 17, 2019
Photos: New foreign ambassadors to Iran meet with Pres. Rouhani
If I were Iran, I would pull out of JCPOA: Mogherini’s adviser