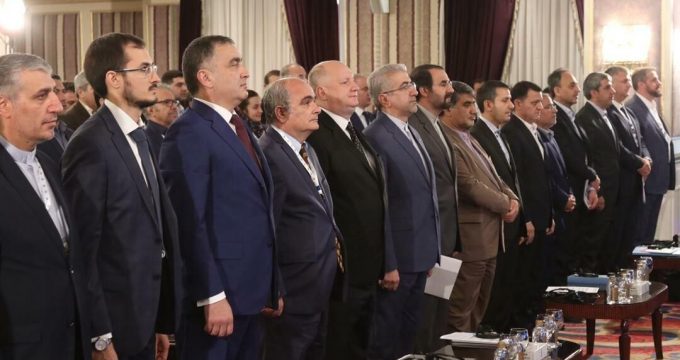 IRNA – The Fifteenth meeting joint economic committee of Iran and Russia is underway in Tehran with presence of high-ranking officials from both countries.

Secretaries of the commission and members of working groups have attended the meeting in Tehran.

On Monday morning the third working group of provincial cooperation between Iran and Russia will be held in presence of Iranian and Russian ministers of energy.

Deputy prime minister of Republic of Dagestan and ministers of economy of North Ossetia, Karachay-Cherkessia, Kabardino-Balkaria, Chuvashia Republic, Stavropol, Astrakhan, Ulyanovsk and Uralsk are scheduled to take part in the meeting.

The closing session of the 15th meeting of joint economic committee of Iran and Russia will be held on Tuesday morning in the central Iranian city of Esfahan.

Meanwhile, nine working groups and three specialized committees will also convene with a large number of officials from private and public sectors of the two countries taking part. They will discuss cooperation on industry, energy, transport, and ICT.