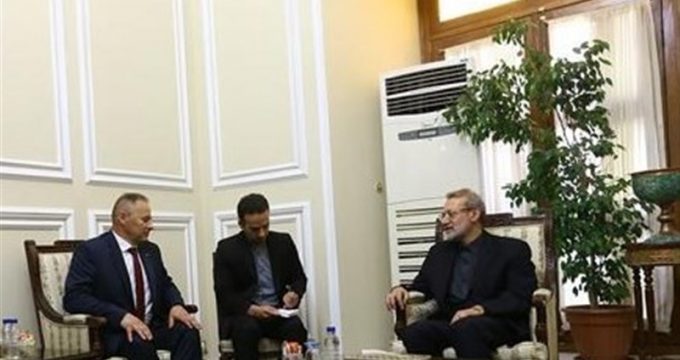 Tasnim – The illegal sanctions that the US has imposed on Iran have been disapproved of by all major countries in the world, Iranian Parliament Speaker Ali Larijani said.

In a meeting with a parliamentary delegation in Tehran on Tuesday, Larijani stressed the need for joint measures to stand against the unlawful American sanctions.

“The US sanctions against us have been imposed in defiance of the international law. None of the big countries approve of these sanctions,” the Iranian speaker added.

Larijani also called for close political consultations between the governments and parliaments of Iran and Belarus, stressing that the parliamentary friendship groups could help boost trade ties between the two countries.

Iran and Belarus have enhanced diplomatic and consular relations in recent years and signed a number of agreements.

In a meeting with his Belarusian counterpart Alexander Lukashenko in June 2018, Iranian President Hassan Rouhani described Belarus as “a friendly country” and voiced Tehran’s readiness to boost cooperation with the Eastern European country in diverse political and economic fields.

In September 2018, high-ranking officials from the two countries staged the fifth round of meetings on consular affairs as part of plans to expand relations in diverse areas.