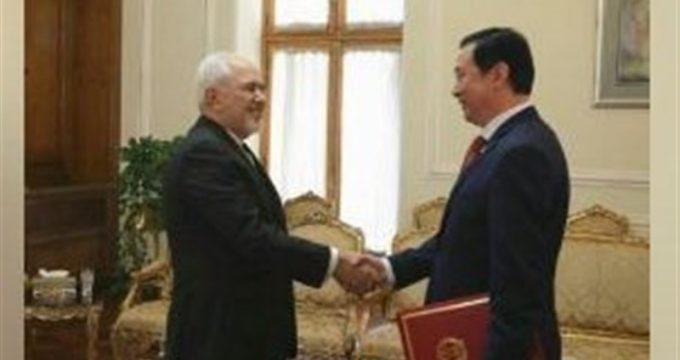 China’s new envoy Chang Hua met with Zarif on Wednesday to submit a copy of his credentials.

In the meeting, Zarif and Hua stressed the need to carry out the agreements that officials of the two countries have signed in a series of reciprocal visits and high-profile meetings in the past.

They also discussed the major developments concerning Iran-China bilateral ties and their regional and international cooperation on various issues, including the 2015 Iran nuclear deal, transportation, the energy industry, and the fight against terrorism.

In May last year, Zarif hailed the “serious and friendly” negotiations with Chinese officials during a short trip to Beijing, saying the two countries enjoy strategic relations that are not influenced by outsiders.

He also described China as Iran’s major trade partner and a party to the Joint Comprehensive Plan of Action (JCPOA) that could play a major role in strengthening the international consensus on saving the accord.