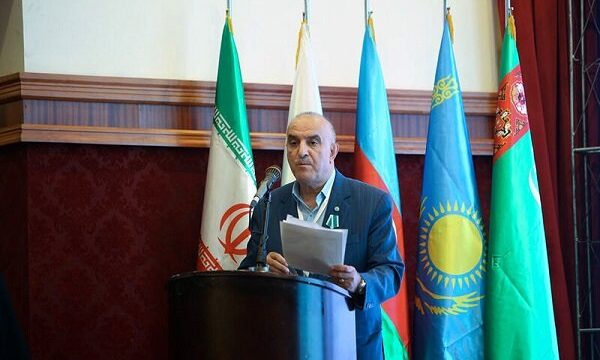 MNA – Chairman of Iran-Russia Joint Chamber of Commerce Hadi Tizhoush Taban said that ditching US dollar is the main objective of the Islamic Republic of Iran in doing trade with the Caspian Sea littoral states.

He made the remarks on Monday in 18th Caspian Sea Littoral States’ Chambers of Commerce Summit, held in Babolsar, Mazandaran province, and added, “the main objective of the Islamic Republic of Iran in ditching US dollar has always been followed up in cooperation with the Caspian Sea littoral states in order to reduce vulnerability of economies of regional countries.”

Caspian Sea littoral states have always established consecutive trade and business relationships with one another in the long run of history, he said, adding, “US-based dollar trade has not had any interest for the regional countries up to the present time.”

It is expected that all chambers of commerce of Iranian provinces and other countries’ provinces will join the summit, he maintained.

To date, Iran and Russia have taken positive and fruitful steps for ditching US dollar in their bilateral trade, he said and called for other Caspian Sea littoral states to make their utmost efforts in line with setting aside US dollar in their transactions.

The18th Caspian Sea Littoral States’ Chambers of Commerce Summit was held in Babolsar, Mazandaran province on Monday with the participation of more than 100 foreign guests and also a number of domestic private companies.