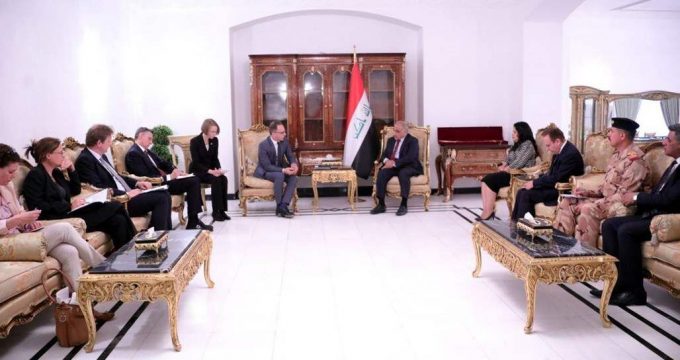 IRNA – Iraqi Prime Minister Adil Abd al-Mahdi said on Sunday that Iraq hails any initiative to maintain stability in the region and the world, adding that Iraqi delegates will be dispatched to convey messages to Tehran, Washington and Europe.

Addressing a meeting with German Foreign Minister Heiko Maas, al-Mahdi stressed the importance of negotiations between Iraq and Germany to sign MoUs to thwart consequences of the regional crises.

Meanwhile, they called for implementation of the MoUs already signed between Iraq and Germany on fighting terrorism and regional issues.

During the meeting, both sides discussed regional developments and the position of Iraq and the European Union about the current crisis in the region.

Referring to Maas’ regional tour, the German Foreign Ministry said that he is to hold meeting with Zarif in Tehran on Monday.

Maas’ visit is an indication of the decision made by Berlin, Paris and London for preserving Iran’s nuclear deal known as the Joint Comprehensive Plan of Action (JCPOA).

Attaching the importance of Iran’s nuclear deal, Maas is to hold consultations on security and stability of the region.