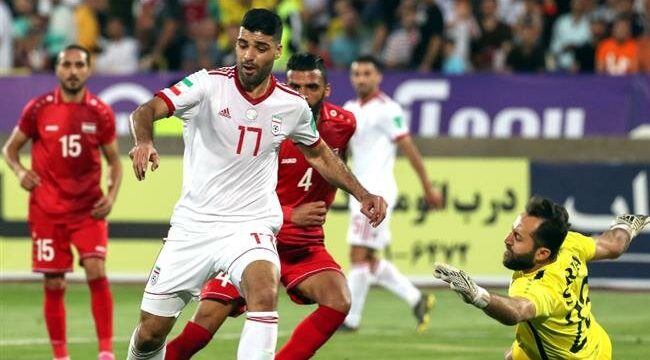 Press TV – Crossing over to Asia, Iran’s national team have celebrated their 1st victory under Marc Wilmots, after thrashing Syria 5-nil in a friendly match at the Azadi Stadium; Mehdi Taremi was definitely the man of the match.

Iran opened the scoring on the half-hour mark, after a combination of short-passes met a surgical finish by Alireza Jahanbakhsh. Next, it was time for Taremi to start his fireworks; 1st he performed a one-two with Jahanbakhsh, before rounding the keeper and slotting the ball home, 7 minutes later.

Then, in the 57th minute, he capitalized on a poor clearance from a Syrian defender to bury the ball with an eye-catching bicycle kick. 3-nil for Iran. The 26-year old striker put the icing on the cake in the 76th minute, after completing his hat-trick with a timely header on a corner kick.

But, that wasn’t the end of Syria’s misery, as Iran once again rippled the net through 17-year old Allahyar Sayyadmanesh on another set-piece, with 2 minutes to go. Up next, Iran is set to take on South Korea on Tuesday.