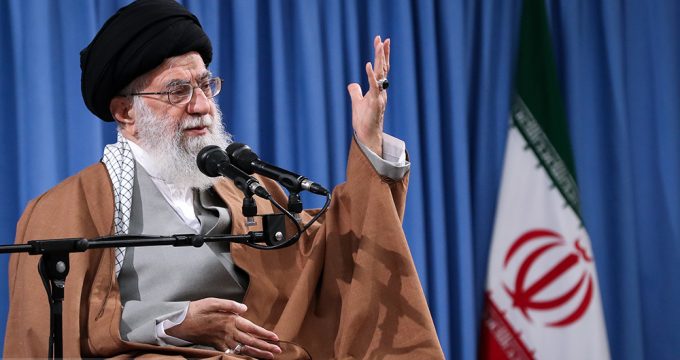 Ayatollah Khamenei: Iran will not fall for Trump’s politicking

Ayatollah Khamenei was delivering an address during a ceremony marking the 30th anniversary of the founder of the Islamic Republic Imam Khomeini’s departure, in the capital Tehran on Tuesday.

The Leader warned about the US’s recourse to political approaches aimed at creating the impression that it has abandoned its subversive ways against the Islamic Republic.