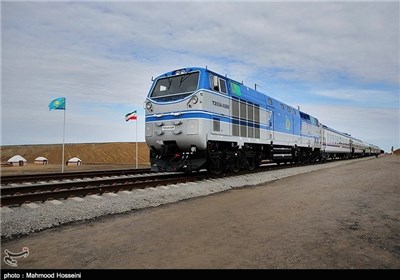 Tasnim – Iran and Turkey have finalized an agreement to restart direct train services between Tehran and Ankara and also to run tourist trains, an official announced.

Iran’s Deputy Minister of Road and Urban Development Saeed Rasooli said at a press conference on Sunday that Iranian and Turkish delegations have finalized plans, following reciprocal visits, to launch train services between the two capitals.

As of late June, once-weekly trains between Tehran and Ankara will get rolling, he added.

At the same time, train services will be operated between Tehran and Turkey’s eastern city of Van once a week, the deputy minister said.

In addition to the Tehran-Ankara and Tehran-Van trains, tourist trains will also be operated between the two countries, Rasooli added.

He went on to say that Iran and Turkey have finalized an agreement on the tariffs on cargo trains travelling between the two countries.