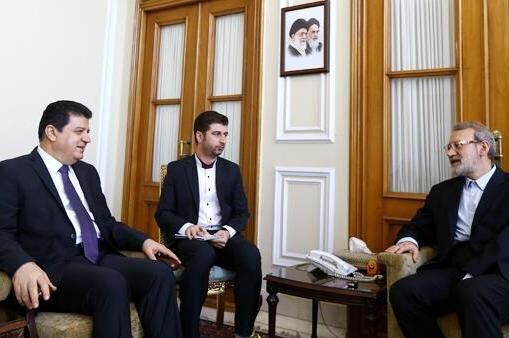 “Behaviors of Saudis and Emiratis will harm them in long-term,” Larijani said in a meeting with Syrian Ambassador to Iran Adnan Mahmoud.

The Iranian parliament speaker also appreciated the Syrian government for their wisdom.

Larijani expressed regret for some Arab states who gathered against Syria over the last few years, adding that they were defeated by Syrian resistance.

Elsewhere in his remarks, the Iranian parliament speaker appreciated the Syrian government and the president of Iraq for their stance in Mecca summit, saying they indicated that they do not accept these allegations.

Meanwhile, Mahmoud said war is underway in all fronts, adding that the Israeli regime has maintained cooperation with all terrorists since the beginning of the war.

Referring to the fact that Syria has rejected Mecca Summit statement, he said Iran’s presence in Syria is upon Syria’s demand and in line with fighting against terrorists.

Surveys show that in case of a war, Trump and the US election will be harmed, the Islamic Republic of Iran is the strategic basis of the region and it manages the region.