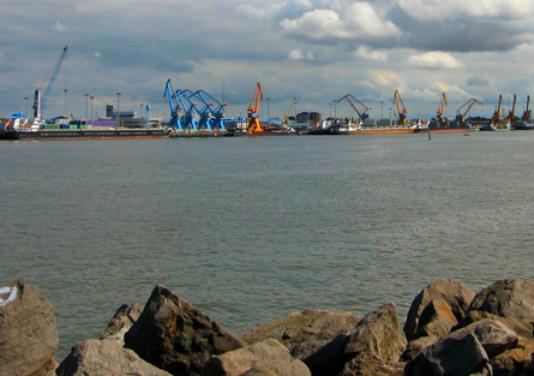 Why DOE consents to construction of dam on Anzali wetland?

MNA – While the Department of Environment (DOE) has issued a construction license for Lask dam on Anzali wetland, counting its advantages, some are still expressing worries: what are the unpredictable effects of building the dam on the region’s ecosystem and are the DOE’s reasons convincing?

Covering more than 19,000 hectares, Anzali wetland is located near the northern port city of Bandar Anzali, neighboring the Caspian Sea. The wetland was designated as a Ramsar site on June 23, 1975. It is fed by several rivers and separated from the Caspian Sea by a dune system. The lagoon is home to submerged and floating vegetation and also extensive reed beds. It bears international importance in terms of breeding, staging and wintering water birds.

While dams have contributed to human development by providing reliable sources of drinking water and irrigation, hydropower, recreation, navigation, and income, they also can cause considerable damages to the rivers, or deplete fisheries, and alter recreational opportunities.

Does dam construction benefit the residents?

The deputy DOE’s chief, Masoud Tajrishi told Fars news agency on Monday that in order to build the dam, some 94 hectares of the forest areas will be destroyed.

He went on to explain that deforestation in the area will reduce water quality in the wetland’s basin, however, in order to prevent severe soil erosion and irreparable damages to the environment, the Ministry of Energy is supposed to compensate for the losses.

The Ministry is obliged to cooperate with the Forests, Range, and Watershed Management Organization for reforestation and watershed management projects, he said, adding, any environmental pollution or degradation during the construction process is on the Ministry and must take measures to overcome the issues.

The Energy Ministry being responsible to supply the region’s drinking water has agreed to establish water refineries in northern part of the dam, avoid releasing pollutants into the wetland, provide the water right of the wetland, implement waste disposal plans and recommendations presented in the assessment report to improve the water quality of the reservoir before the dam retains water, he further explained.

“Setting up a mobile laboratory to monitor wetlands and rivers water quality and providing assessment report every three months are among the Energy Ministry’s commitments.
“Lask dam will retain 6.5 percent of the Anzali wetland inflow, therefore, it cannot cause dramatic changes in reservoir water level.

“Further, in the presence of climate change, dams may play an increasingly important role in agricultural growth in areas affected by low precipitation and those subjected to financial losses due to economic conditions. It leads to more job creation, and also provide the residents with sufficient drinking water.

“Similarly, the dam will protect drinking water supplies as melting of snow packs resulting from climate change has increased.

“So, there is no need for environmentalists to concern, as the DOE has conducted environmental impact assessment precisely prior to issuing the permit, and will ensure that the ministry meet its commitments,” he said.

Dams are not to blame for drying up wetlands, although their effect is not deniable, so, improper management is the main reason behind the dried wetlands across the country, he lamented.

“Given recurrent droughts in recent years, we must be more cautious about water supplies in the country, and conduct more precise and scientific assessments for dam construction as well as providing the wetlands water right,” he noted.

One of the things that must be considered in damming is economic justification, in fact, any budget paid for the construction project must return as profit, he added.

The capital returns through sale of water, electricity production and sale, prevention of flood damage, and granting the wetlands water right in dry seasons are of the advantages of the project, he concluded.

Masoud Baqerzadeh Karimi, the director general of aquatic ecosystems at the DOE said that Anzali wetland is already suffering huge sediment loads accumulated on its bed which causes the wetland to loose part of its retaining capacity.

Lask dam prevents the entry of spring floods into the wetland, which results in accumulation of sediment, and finally water level reduction, he lamented.

He went on to explain that obviously, the dam acts like a barrier preventing spring floods into the wetland, which can move the sediments and contaminants to enter the sea; although pushing the pollution to the sea is not a good idea, it prevents the accumulation and concentration of contaminants in the wetland.

Dam construction is in contrast with wetland conservation, restoration means increasing the wetland’s reservoir volume, on the other hand, dam prevents the water to enter the wetland, so, if the wetland capacity expands, there will be no water to fill it, he also explained.

Elsewhere in his remarks, he stated that economic activities, such as tourism, fishing and sailing, also depend on the depth of the wetland, adding, some species of migratory birds wintering in the Anzali wetland choose its deepest areas as habitats for food supplies, therefore, it will greatly affect the area’s biodiversity.

This is while, Vahid Khorrami, Gilan’s regional water company director, said that the dam has a positive effect on the reduction of Anzali wetland’s sediments.

One of the objectives of constructing the Lask dam is reducing the sediments, which are continuously entering the wetland even when there is no dam near it, he said, adding, so the dam will help the wetland to get rid of the sediment loads.

Baqerzadeh Karimi in a report published by Fars in January said that of 24 Iranian wetlands designated as a Ramsar site, 6 are suffering water level reduction.

Today, many dams that were once at the epicenter of a community’s livelihood are now old, unsafe or no longer serving their intended purposes. Although not all dams damage rivers in exactly the same way, here are some of the most common ways they inflict harm.

Dams can impose threats to the aquatic creatures, for example, they prevent fish migration, as well as limiting their access to spawning habitat, food resources, and escaping predation.

Some aquatic species, such as salmon and river herring, depend on steady flows to guide them; while reservoir pools disorient migrating fish and can significantly increase the duration of their migration.

Changes in temperature, chemical composition, dissolved oxygen levels and the physical properties of a reservoir are often not suitable to the aquatic plants and animals that evolved with a given river system.

The alteration of a river’s flow and sediment transport downstream of a dam often causes the greatest sustained environmental impacts. Life in and around a river evolves and is conditioned on the timing and quantities of river flow.  Disrupted and altered water flows can be as severe as completely de-watering river reaches and the life they contain.

Peaking power operations can cause dramatic changes in reservoir water levels, which can leave stretches below dams completely de-watered.

Slow-moving or still reservoirs can heat up, resulting in abnormal temperature fluctuations which can affect sensitive species. This can lead to algal blooms and decreased oxygen levels.

Other dams decrease temperatures by releasing cooled, oxygen-deprived water from the reservoir bottom.