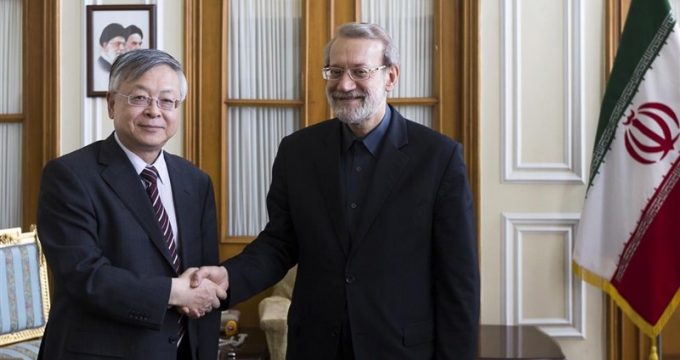 Speaking at the meeting in Tehran on Wednesday, Larijani thanked the Chinese diplomat for his “effective” efforts to expand Iran-China relations.

He further expressed hope that in reciprocal visits by the two countries’ delegations, “a clear framework” for bilateral ties would be established and “an operational perspective” would be gained.

The Chinese diplomat, for his part, said over the past five years, he has had good cooperation with “Iranian friends” and that during this period, Tehran-Beijing relations have constantly expanded.

He further said he believes that the decline of American power in the future is evident and that the Chinese and Iranian sides will emerge victorious.

Back in February, Larijani paid a visit to China at the official invitation of the parliament speaker of the East Asian country.