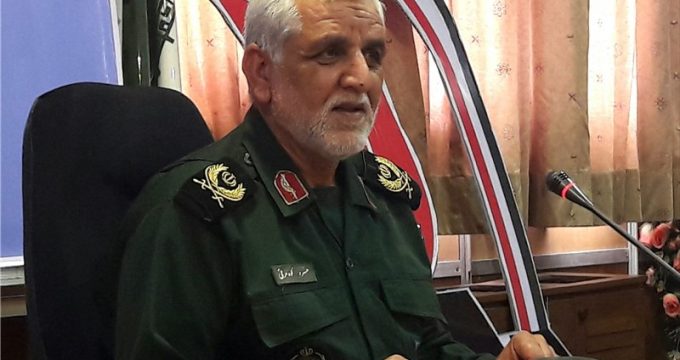 Tasnim – Iranian military experts at the Islamic Revolution Guards Corps (IRGC) Ground Force have managed to produce armors capable of protecting against missiles with tandem-charge warheads, a senior commander of the force announced.

Speaking to Tasnim, Commander of the IRGC Ground Force’s Faculty of Armored Vehicles General Khosro Kouhmarei highlighted the country’s defense preparedness and said the faculty is today manufacturing tanks by employing the technology of the day.

They include tanks like “Karar” whose industrial production has begun and the IRGC experts have also tested the tank and have had good results, he stated.

“We have (also) created necessary protection against anti-armor missiles,” he said, adding, “We designed and produced reactive armor.”

Reactive armor is a type of vehicle armor that reacts in some way to the impact of a weapon to reduce the damage done to the vehicle being protected.

Through conducting massive research, the faculty has been able to produce armors capable of protecting against missiles with tandem-charge warheads, the commander noted.

Iranian officials have repeatedly underscored that the country will not hesitate to strengthen its military capabilities, including its missile power, and that Iran’s defense capabilities will be never subject to negotiations.