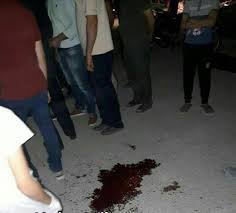 Radio Farda – A member of parliament for Eslamabad-e Gharb in western Iran says the murder of the city’s plainclothes police chief during a shootout on Sunday was possibly a terrorist incident.

According to Heshmatollah Falahatpisheh, police officers found a vehicle with manipulated registration plate suspicious and clashed with those on board, assuming they were terrorists.

Police says the vehicle was approaching a religious gathering that was held on the occasion of Ramadan.

According to the MP, the area is now under control and the case is being investigated. However, he did not offer further explanation.

Plainclothes police chief Kourosh Haji Moradi was killed and another officer was wounded in a clash between the officers and those on board a car in Eslamabad-e Gharb, Kermanshah province, Sunday evening.

Western, southern and southeastern parts of Iran have witnessed several terror attacks in the past year. The most bloody attack was on a military parade in Ahvaz, capital of oil-rich Khuzestan province in September, resulting in 25 killed and many wounded.