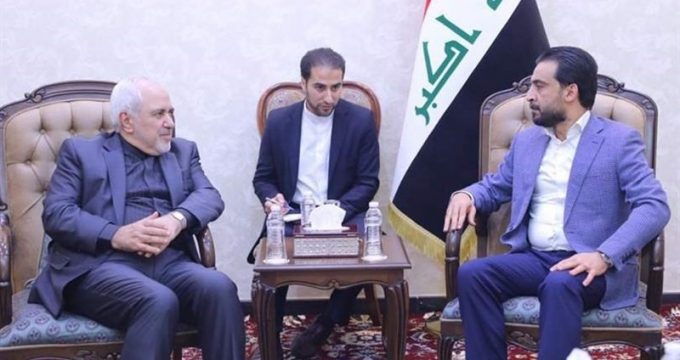 Tasnim – Speaker of the Iraqi Parliament Mohamed al-Halbousi highlighted the importance of his country’s bilateral relations with Iran and said Baghdad is willing to maintain the ties.

In a statement on Sunday, Halbousi’s office said he had met with Iranian Foreign Minister Mohammad Javad Zarif and his accompanying delegation, the Arabic-language al-Sumaria News reported.

In the meeting, the Iraqi parliament speaker highlighted Iraq’s willingness to maintain its relations with the Islamic Republic of Iran and all other regional countries, it said.

He further pointed to recent tensions in the region and stressed the need for dialogue and peaceful initiatives for confidence-building among all parties, according to the statement.

It added that Zarif, for his part, said Tehran has no restrictions for the resolution of all problems with regional countries and that the Islamic Republic is not interested in any escalation of tensions.