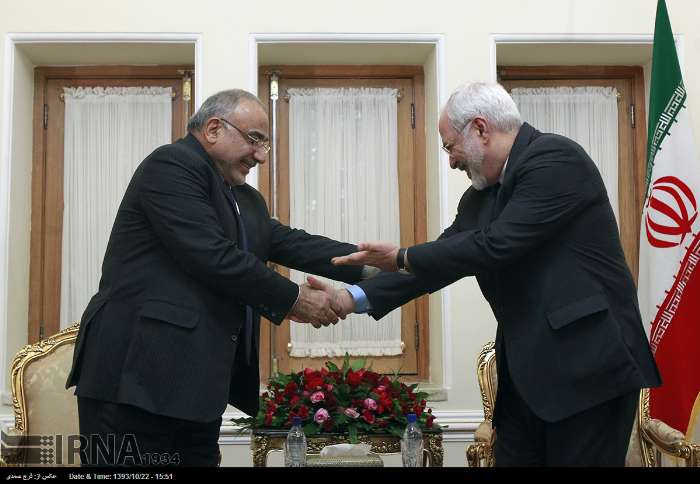 Sputnik – Iranian Foreign Minister Mohammad Javad Zarif met with Iraqi Prime Minister Adil Abdul-Mahdi in Baghdad to discuss the situation in the Middle East amid rising tensions between the Teheran and Washington, the Iraqi government said.

“[Iranian] Foreign Minister Mohammad Javad Zarif met with [Iraqi] Prime Minister Adil Abdul-Mahdi on Saturday evening in Baghdad. The two sides discussed bilateral relations as well as the development of the situation in the region and world”, Iraqi government wrote on the Telegram.

Tensions have been soaring high between Tehran and Washington since May 2018 when US President Donald Trump, a long-time critic of the 2015 Iran nuclear deal, pulled out of the agreement in earlier this month.

In turn, Tehran has announced that it had partially discontinued its commitments under the landmark Joint Comprehensive Plan of Action (JCPOA) accord and gave Europe 60 days to ensure Iran’s interests were protected under the agreement.
The EU has reportedly expressed concern over Tehran’s intention to stop fulfilling a number of obligations under the Iranian nuclear deal.

Meanwhile, in less than a year Washington unveiled massive batches of sanctions against the Islamic Republic, targeting the country’s finance, transport, military and other spheres.

Moreover, the United States has reinforced its presence in the Middle East with an aircraft carrier strike group, Patriot missiles, and B-52 bombers. On Friday, Trump said that Washington would deploy some 1,500 additional troops to the Middle East.