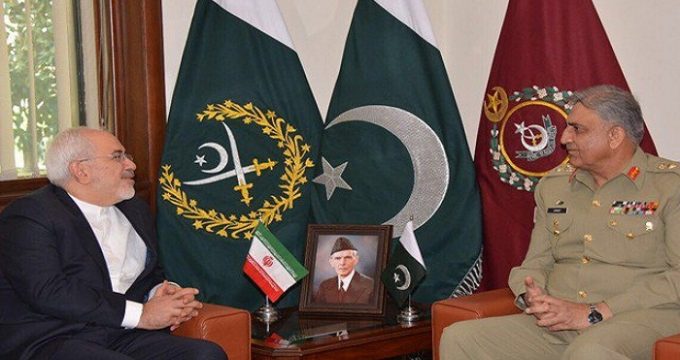 Iranian Foreign Minister had arrived in Islamabad a day earlier on a two-day visit. It is pertinent to mention that this is Zarif’s tenth visit to Pakistan since he became Iranian foreign minister in 2013.

General Qamar Javed Bajwa had also visited Iran in November 2017 year and met with Iranian leaders to further enhance coordination between the two countries, especially in the defense sector.

About a week ago, Zarif visited Turkmenistan, India, Japan and China and held talks with top officials of the four Asian countries on the US measures to create tension in the region and Iranian commitment to the Joint Comprehensive Plan of Action endorsed by the UN Security Council Resolution 2231.