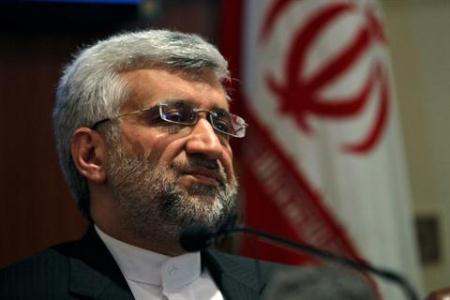 US sanctions amount to military conflict with Iran: Official

Press TV – Despite the US officials’ claim that they are not after a war with Iran, Washington’s sanctions on Iranians amount to an all-out military conflict, says a senior Iranian official.

Saeid Jalili, the Leader’s representative at the Supreme National Security Council and a former head of Iran’s nuclear negotiating team, made the remarks in a recent gathering in Tehran.

The enemy claims it is not after a military confrontation with Iran, and even seeks dialogue with the country, but it must know any of its sanctions on the Islamic Republic is considered an act of war by Iran, he said, adding that such acts will not go unanswered.

“Someone in the US says we are after crippling sanctions, and officially announces his decision to impose ‘maximum pressure’ on Iran. Aren’t they a war against the Iranian nation?” Jalili asked.

The Iranian official said Iran seeks constructive interaction, not one that ends up in loss.

“In defending their rights, interests, and values, the Iranian people do not adhere to the US demands. There is no limit to those demands, and the Iranian nation does not follow what the US wants,” he added.

The United States in November announced re-imposition of the “toughest” sanctions ever against Iran in an attempt to curtail the country’s oil exports and put extra pressure on its economy.

However, a report by the International Crisis Group (ICG), called “On Thin Ice,” cites the results of an internal assessment by US President Donald Trump’s administration and concludes the policy of “maximum pressure” against Iran has failed.

“A preliminary internal assessment by the administration described to Crisis Group purportedly concludes that the US approach has yet to curb Iran’s behavior or entice Tehran back to the negotiating table,” the ICG report says, citing an interview conducted by the group with a senior US administration official this month.

“If you look at the range of ultimate objectives different people [in the US administration] have in mind, from protests… to change of behavior, to the Iranians coming back to the negotiating table, none of that is happening,” Ali Vaez, director of the ICG’s Iran Project, told Al-Monitor .

The remarks by the official comes as Iran has repeatedly announced the US efforts will fail to “change Iran’s behavior”.