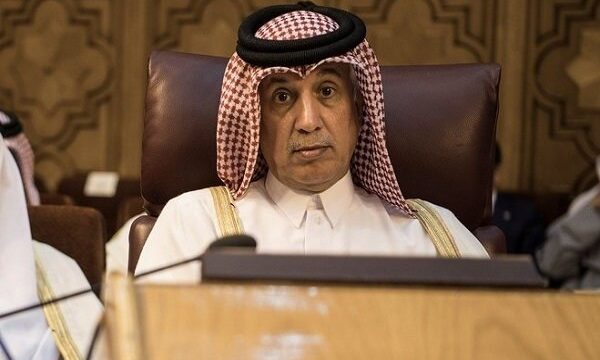 Qatar says seeking to ease tension between Iran, US

MNA – Qatari State Minister for Foreign Affairs Soltan bin Saad al-Muraikhi said that his country is making efforts to ease the tension between Iran and the United States.

In a press statement on Monday, he highlighted that Qatar supports peace and every effort which leads to the establishment of stability in the region, RT reported.

Al-Muraikhi said he is sure that Iran does not want war and destabilization in the region.

Also on Monday Oman’s Minister of Foreign Affairs Yusuf bin Alawi paid a visit to Tehran and held talks with his Iranian counterpart Mohammad Javad Zarif. The meeting is believed to be part of efforts to mediate between Tehran and Washington.

Tensions have raised between Tehran and Washington after US administration ramped up pressure on Iran. Withdrawing from the nuclear deal (Joint Comprehensive Plan of Action) in May 2018, re-imposing tough sanctions which were lifted after the deal, designating an Iran’s Islamic Revolutionary Guards Corps as a foreign terrorist organization and deploying naval fleet and bombers in the Middle East are among tension-building measures of the United States.

Meanwhile, Iran announced that it is reducing some of its commitments under JCPOA, urging other signatories of the deal to uphold their obligations and secure Iran’s economic interest. Tehran stressed that it is not interested in war with US but will strongly defend the country in the face of threats.