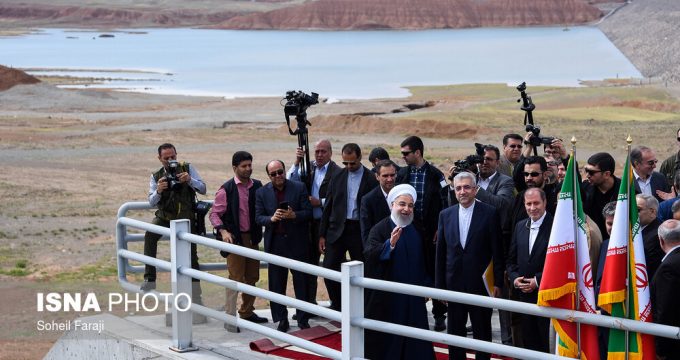 In the ceremony that was held on Tuesday at the site of the dam, President Rouhani was briefed by engineers and managers of the project on the construction processes.

An irrigation and dredging system was also opened in the county at President’s order.