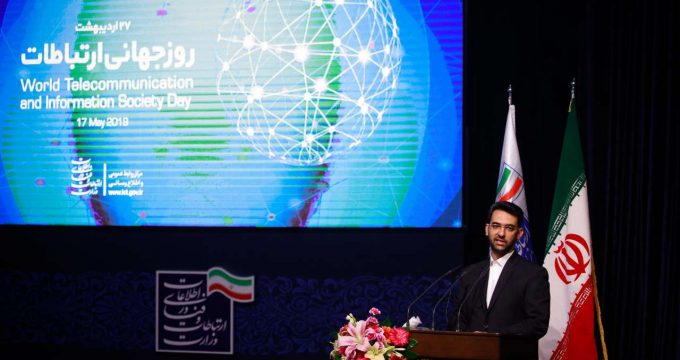 The ICT minister made the announcement during a ceremony marking the World Telecommunication Day.

He told reporters that the country has succeeded in developing its own firewall to counter cyber attacks.

“The indigenous firewall is currently installed on all industrial control systems operating under the Siemens brand,” he said.

Industrial control system is the integration of hardware and software with network connectivity in order to support critical infrastructure.

Jahromi stressed that the firewall will soon become compatible with all other industrial control system brands in the country.

He reminded that the malicious computer worm ‘Stuxnet’, which is believed to be made by the US and Israel and used in the past to target the Islamic Republic’s nuclear energy program, had infected computers that were connected to the country’s industrial facilities, adding “therefore, the firewall can be installed on industrial control and management systems and recognize the given commands.”

In an Instagram post on Thursday, the ICT minister had said the firewall has been designed and developed by young Iranian scientists, and successfully tested on industrial automation systems.

The firewall “practically neutralizes industrial [acts of] sabotage, such as [those potentially launched by] Stuxnet, in electrical grids and suchlike,” he wrote, adding, “By relying on [our] youths, we will turn threats into opportunities.”