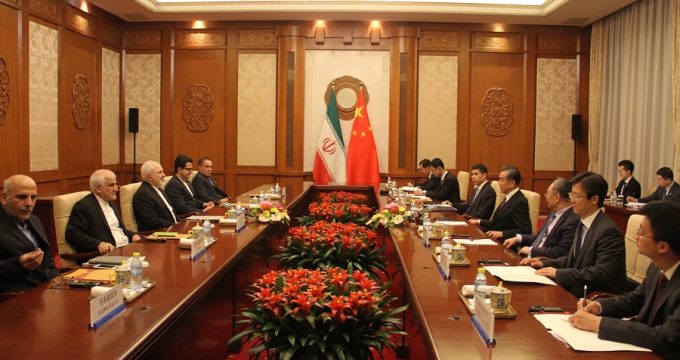 In a meeting with his Iranian counterpart Mohammad Javad Zarif, he added that the two countries should promote mutual cooperation, as major regional and international developments are unfolding now.

“China is strongly opposed to US unilateral sanctions and its prejudgments. China understands Iran’s conditions and concerns and safeguards its legitimate interests,” he said.

Reiterating that nuclear deal is protector of the UN might as well as the international principles and norms, Yi said that disputes around the deal are clear sign of conflict between unilateralism and multilateralism.

He also appreciated Iran for fully fulfilling its commitments under the deal, saying that Iran has shown in practice that it is not willing to walk away from JCPOA.

“China is interested to cooperate with Iran to counter interventionism and get out of the situation so that the deal will be fully implemented,” he said.

Elsewhere in his talks, Chinese foreign minister referred to Silk Road Initiative and thanked Iran for its active presence in the plan.

China is keen on further cooperation and deepening relations with Iran, he said.

Zarif, for his part, said that Iran is not responsible for the tensions around the nuclear deal, as it is not interested to exit the deal.

“Iran is willing for cooperate with China and other parties to the nuclear accord to help implement the JCPOA. Iran does not want war and favors peace and stability in the Persian Gulf,” he said.

Iran is thankful of China’s major role in nuclear deal and is willing to continue bilateral and multilateral cooperation with Beijing based on the mutual interests, Zarif said.

Describing China as strategic partner for all the times