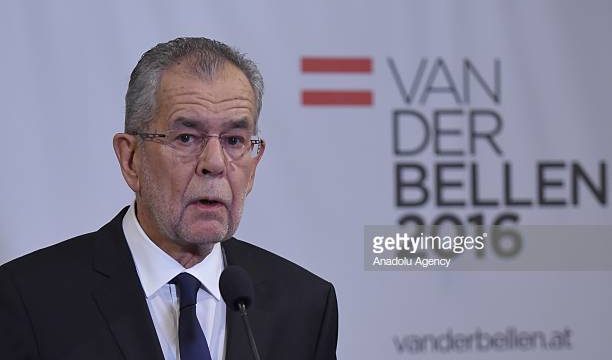 Austrian president labels US sanctions against Iran as provocation

TASS – Austrian President Alexander Van der Bellen dubs as a provocation a new round of US anti-Iranian sanctions after Washington’s withdrawal from the Joint Comprehensive Plan of Action (JCPOA), known as the Iran nuclear deal, along with Washington’s threat to levy fines on European companies for their cooperation with Tehran.

“The IAEA [the International Atomic Energy Agency] has carried out at least 13 inspections in Iran and each time it confirmed that Iran is in compliance with its obligations under the Iran nuclear deal. Nevertheless, the United States has pulled out citing reasons which appear significant to them,” Van der Bellen said on Wednesday at a news conference after his talks with Russian President Vladimir Putin.

“From the European point of view, the fact that, after pulling out of the JCPOA, the US imposed new sanctions on Iran might be considered as particularly provocative,” he said. “Generally, it is a US decision, but at the same time they said that all the European firms that continue their trade with Iran might be punished … with ‘the seizure of assets in the US’.”

The Joint Comprehensive Plan of Action (JCPOA), known as the Iran nuclear deal, was signed between Iran and six international mediators (the United Kingdom, Germany, China, Russia, the United States, and France) on July 14, 2015. On January 16, 2016, the parties to the deal announced beginning of its implementation. Under the deal, Iran undertakes to curb its nuclear activities and place them under total control of the International Atomic Energy Agency (IAEA) in exchange of abandonment of the sanctions imposed previously by the United Nations Security Council, the European Union and the United States over its nuclear program.

On May 8, 2018, US President Donald Trump announced that Washington would unilaterally quit the landmark accord inked in 2015 aimed at curbing Tehran’s nuclear program. Anti-Iranian sanctions, including a ban on purchasing oil, were reinstated in November. On May 8, the US slapped more sanctions on Iran’s metals industry.

On the same day, Iranian President Hassan Rouhani said that Tehran would stop implementing some commitments under the landmark deal. According to Rouhani, Tehran will resume enrichment of uranium and will suspend converting the Arak nuclear reactor if the signatories to the agreement do not comply with their commitments under the deal within 60 days, including the banking sector and oil trade.