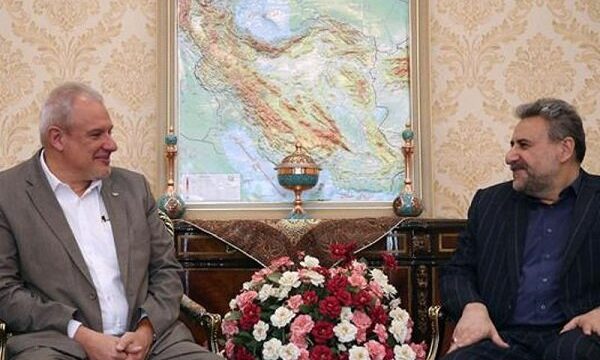 MNA – Chairman of National Security and Foreign Policy Commission of Iranian Parliament Heshmatollah Falahatpisheh says the US intervention across the world has borne no fruit but instability and insecurity.

Chairman of National Security and Foreign Policy Commission of Iranian Parliament Heshmatollah Falahatpisheh made the remarks in a meeting with the Cuban Ambassador to Tehran Alexis Bandrich Vega, according to the Iranian Parliament’s news service ICANA.

In the meeting, Falahatpisheh said that the expansion of ties between the two countries, which have had a history of struggle against the United States, is of great importance.

The senior Iranian lawmaker added that the National Security Committee at the Iranian Parliament supports the expansion of parliamentary relations between the two countries’ parliaments, especially between the special committees.

Elsewhere in his remarks, he stressed the necessity of resistance against the US bullying behavior and unilateralism across the world, noting “history shows that the US intervention across the world has borne no fruit but instability and insecurity.”

The Cuban ambassador, for his part, said that the revolutionary nations of Iran and Cuba have had a glorious history of untiring struggle against the US colonialism, adding that the two nations will continue that struggle.

Alexis Bandrich Vega described the threats and pressures on Iran as ‘ineffective’ and as a result of Donald Trump’s miscalculations.

The Cuban diplomat referred to the continuation of the crisis in Venezuela, saying that the US colonialism results in constant anarchy and insecurity in the world with the aim of looting other nations’ national wealth.

He, at the end, called for expansion of cooperation in all fields with the Iranian Parliament.